As the capital of China, it’s easy to see why the celebrations for the new lunar year sees people from around the world flock to Beijing. Unlike other New Year festivals that last for a day, the Chinese New Year festival in Beijing lasts for a whole week – giving visitors plenty of time to experience every aspect of this unique cultural event. While temple fairs are the focus of the celebration, sprawling around the grounds of the largest holy sites, there are plenty of other ways to get involved with the holiday. Here are a few of our top picks for Chinese New Year in the capital:

Set in the grounds of an ancient earth temple where Ming and Qing rulers performed sacrifices to the God of Earth, the Ditan Temple Fair is one of the largest and most popular temple fairs in Beijing. The fair features lots of dances, food and markets but one of the biggest highlights is a re-enactment of the ancient sacrificial ritual which is bright, colourful and unforgettable.

While the government of China is increasingly discouraging of the use of fireworks and pyrotechnics in Beijing due to the city’s high levels of pollution, on New Year’s Eve you’re sure to catch plenty of displays over the city. As the capital city of the country that invented fireworks, the people of Beijing take pride in their ability to craft unique and memorable displays leading to some truly incredible sights. The displays also serve a traditional purpose as the lights and sounds are said to ward off nefarious spirits.

An alternative to the many temple fairs around the city, Longtan Fair is a sporting event where both professional athletes and members of the public can compete against one and other. Martial arts champions demonstrate their skills in front of huge crowds and hundreds, if not thousands, compete in massive table tennis, arm-wrestling, chess and rock-climbing contests as well as much more. There’s also plenty of snacks and souvenirs to be found in and around the fair. 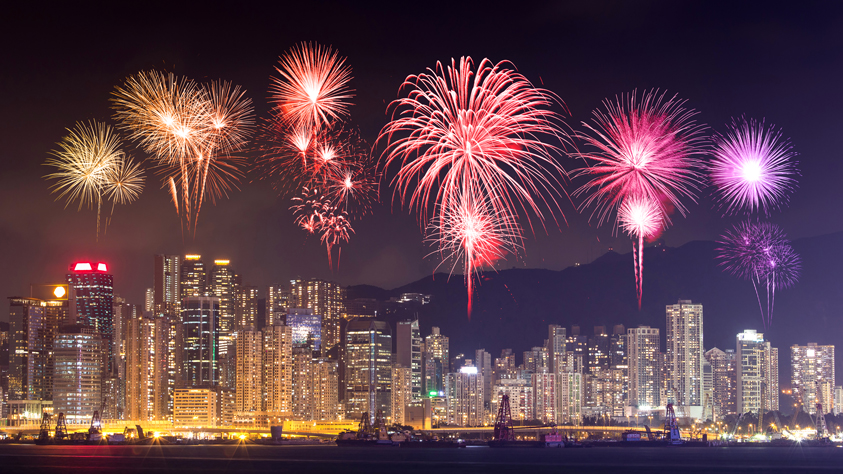 Hong Kong always goes big so you can be sure that when it comes to Chinese New Year there’s nowhere that can beat the incredible city for the festivities. While other destinations may promise a more traditional approach to the holiday, Hong Kong’s trademark futurism can be seen throughout the entire holiday as every parade, festival and firework display is as technically impressive as it is patriotic. If you’re visiting during this time it’ll be hard to avoid celebrations for the New Year, however, for those who are looking for the ultimate experience, here are our top picks for Chinese New Year events in Hong Kong

Rivalling the likes of the Macy’s Thanksgiving Day parade, the Hong Kong Chinese New Year Parade runs on the first day of the year and features everything from traditional dragon dancers to gigantic animatronic floats for some of China’s, and the world’s, most popular TV shows, films and brands. It’s the perfect way to start the celebrations, especially if you have children with you, and a brilliant combination of New Year’s tradition and modern technology.

Possibly the most iconic sight of the festivities is the night sky filled with fireworks in the bay of Hong Kong. A once-in-a-lifetime experience, this firework display marks the start of a new year as a fleet of pontoons fill Hong Kong bay and fire hundreds of fireworks into the air above the city. Every year is an attempt to outdo the last, and they haven’t failed yet. If you only get to experience one part of the celebrations for New Year during your visit, it should be the New Year Fireworks. 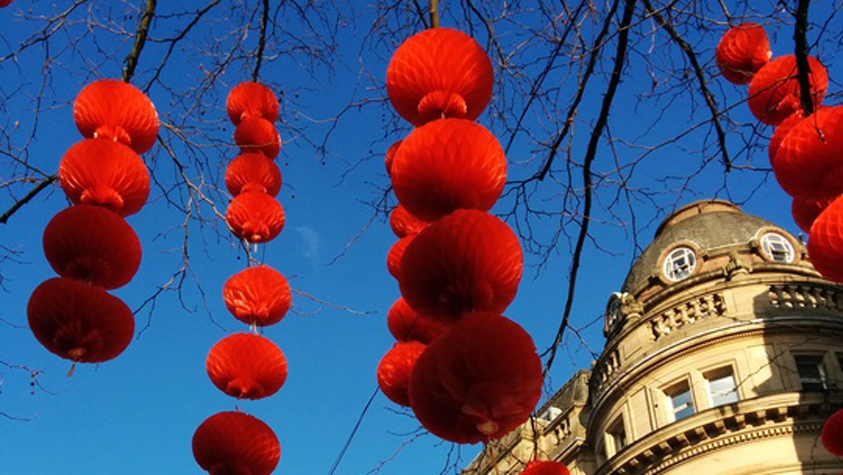 Manchester has a proud tradition of supporting its large Asian community in welcoming the New Year and the year of the boar will be no different. There are plenty of events in the city that make for a great New Year celebration, but if you want the best experience possible you should book into one of the many restaurants dotted around the China Town area as these often feature visits from the dragon parade and other traditional entertainment. Once your meal is booked, we have a few other suggestions to make the most of the big day.

Indulge in spectacular Chinese street food as you celebrate the New Year with the Street Food Market in St Ann’s Square. Boasting stalls from some of Manchester’s best restaurants, including Dim Sum Su, Jade Rabbit and Wallace & Sons - an incredible chance to sample the Asian flavours of the city.

Another of the celebration hubs for this year’s festival, Albert Square will be playing host to the Dragon Parade as it makes its way from the Town Hall to the heart of China Town. Featuring floats and displays from many local Asian artists as well as a spectacular 175-foot dragon and traditional lion dances, this is the highlight of the celebrations and not to be missed.