Barcelona is an incredible and unique city. As the capital of the northern Catalan region and the second biggest city in Spain after Madrid, it holds a special place in a lot of people’s hearts. Barcelona is particularly beloved around the world for its culture and 2019 is sure to see the city continue its proud tradition of pushing the boundaries of art while also revelling in its own remarkable history. 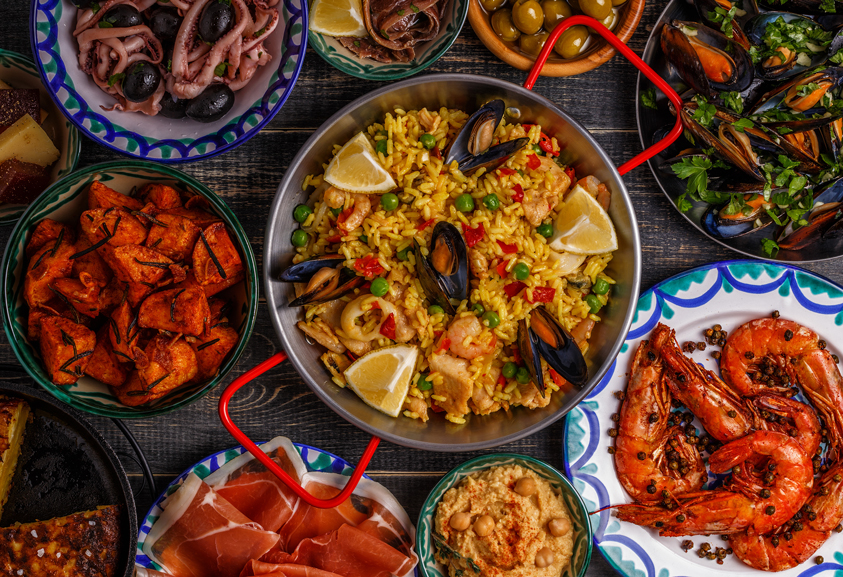 Barcelona is known worldwide for its food and drink, and while you can enjoy the best the city has to offer all year round in its numerous restaurants and bars, for the real enthusiasts there are some annual events that are not to be missed:

Now in its eighth year, the 2019 Barcelona Beer Festival promises to showcase over 500 different artisan beers. While that might sound a little intimidating, it’s not just for connoisseurs. Experts are on hand for those who need help deciding where to start, and there are live cooking demonstrations and food on offer to pace the drinking. If you love your beer or just want to know a little more about it, visit La Farga de L’Hospitalet in March.

For those who prefer grapes to hops, The Barcelona Wine & Cava festival is definitely worth a visit. The region has been making wine since the time of the Greeks and its vintages are now world-renowned. With over 70 of Catalonia’s top wineries present, there’s something for every palate. While dates for the 2019 event are yet to be released, it’s a longstanding fixture in Barcelona’s annual Mercè festival in September – 2018 marked its 38th year.

Barcelona’s ‘Market of Markets’ brings together all things culinary, with stalls representing traders and producers from each of Barcelona’s 39 municipal food markets. The event is a celebration of the local produce and dishes that have made the city such a draw for foodies, with tapas and accompanying local drinks on offer at prices much lower than you would expect. There are also free live cooking classes to attend for those looking to pick up some tips. 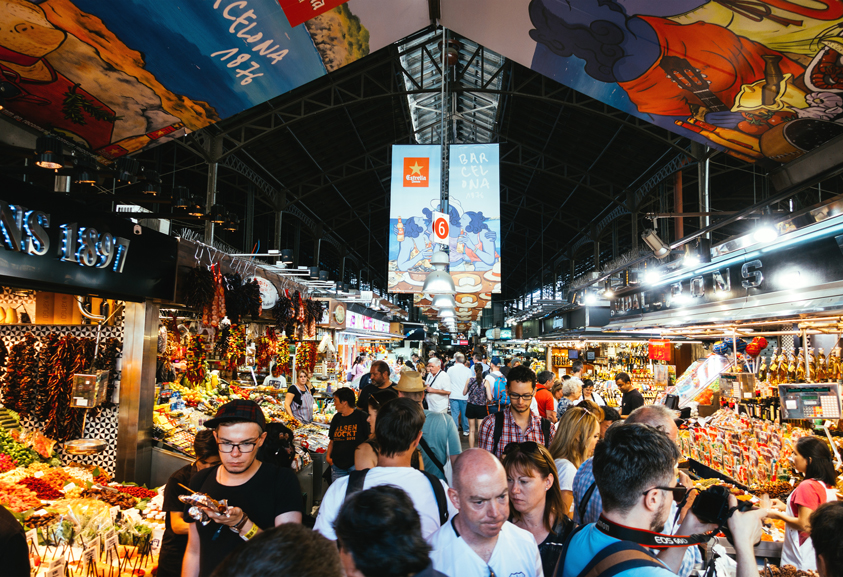 Markets are a way of life in Spain, and in Barcelona it’s no different. Stalls are a permanent fixture in various locations including the Las Ramblas Boqueria Market, but there are a few annual variations that are worth checking out:

In April, Barcelona’s central boulevard Las Ramblas is transformed to honour St George, the patron saint of Catalonia. Flowers and books are traditionally exchanged to mark the occasion, so stalls overflowing with such gifts add to the more touristy fare usually on offer.

If you’re looking for something a little different from the now ubiquitous German Christmas markets, Barcelona’s version runs from late November to early December and sees 280 stalls selling all manner of traditional Christmas decorations and crafts, from Nativity scenes to Christmas trees and festive instruments. It’s located in the Cathedral Square on La Avinguda de la Catedral. 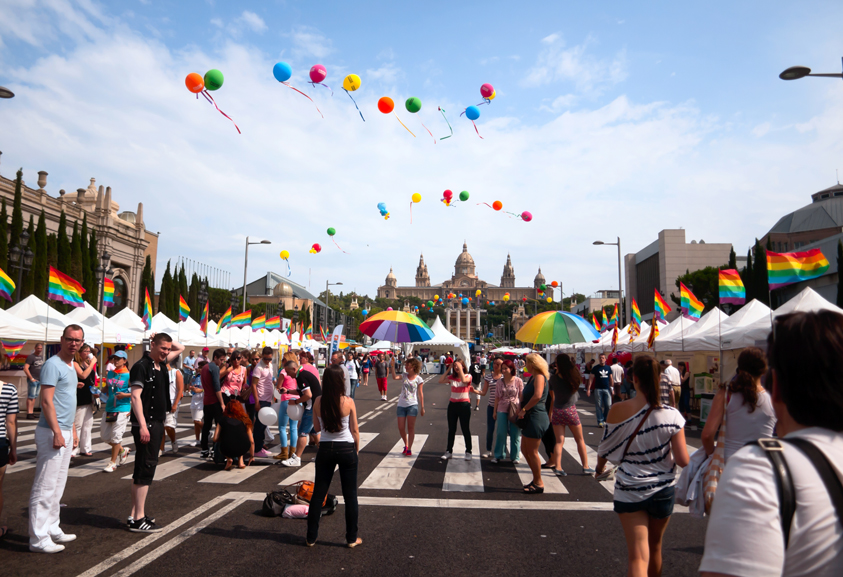 Barcelona knows how to do huge street parties and processions, and it’s impossible not to get swept up in the action. Dancing and drinking are common themes, and it’s certainly a case of the more the merrier. At first glance, many of Barcelona’s annual festivities appear to revolve around little-known saints or religious holidays, but they are much more inclusive than you might imagine.

One of Barcelona’s livelier celebrations, St John’s Night sees locals really enter into the party spirit, with fireworks, bonfires, dancing and drinking to celebrate the start of summer. There’s something happening at every turn, but if you’re not lucky enough to have an invite to a local party, festivities often converge on the beach. Follow the noise and the costumes for a night to remember.

Barcelona Pride has been running since 2008 and attracts over 250,000 people to the city. While there are concerts, talks and exhibitions, the event centres around the Pride Parade on June 29, with visitors welcome to watch or join in. This year’s theme and full programme are yet to be announced, but previous years have followed the manifesto of diversity and inclusion, covering trans equality and support for same-sex marriage.

Never a city to miss an excuse to party, Barcelona’s official version of New Year’s Eve happens by the Montjuic fountains, where crowds converge to see a theatrical procession of performers, human castles and fireworks. To really honour the local customs, make sure you have some grapes to hand – the tradition is to eat one with each of the 12 strikes of the bell to mark midnight. 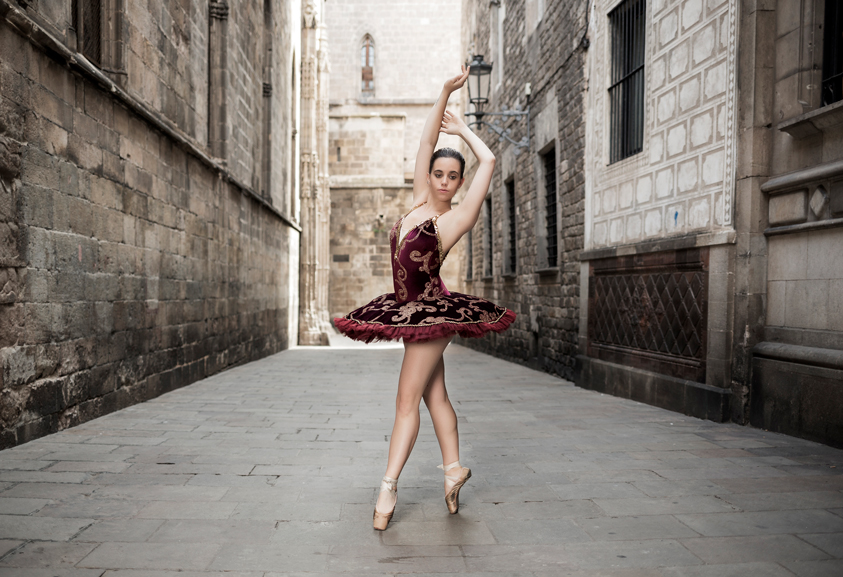 Barcelona’s culture is famous around the world, any day of the week you’re likely to find some opening of an exhibition or a landmark performance just walking around the city’s streets. However, there are a few occasions that bring the city’s artistic community out in force:

At the end of April, Barcelona hosts a week-long festival celebrating everything Andalusian. There’s something for everyone, with funfairs for the kids, food and drink and even flamenco dancing. It’s a great opportunity to sample aspects of Andalusian culture as many residents from smaller villages head to Barcelona to share their way of life.

Barcelona’s cultural summer celebrations centre around a month-long festival that gets its name from Montjuic’s Teatre Grec amphitheatre. The festival’s events happen throughout the city, and include dance, music and theatre.  If you’re visiting during the festival be sure to be on the lookout for unique performances around the city.

The annual festival of the city of Barcelona, Festes de la Merce sees the people of Barcelona celebrate the end of the summer with hundreds of parties and festivities across the city. In keeping with Barcelona’s diverse reputation, the organisers of Festes de la Merce allow revellers to celebrate in whatever way they want – so you’re just as likely to see a huge music festival as you are to watch a world-class hot air balloon exhibition.

The town of Sitges, just a 40km drive from Barcelona, hosts its own film festival. It is also known as the International Fantastic Film Festival of Catalonia due to its focus on horror and fantasy films, including science fiction.  While you can expect stars of the genre as well as film premieres and viewings, there is also the now infamous Zombie Walk, which sees a procession of fancy dress-clad film fans process through the streets.

We hope this guide to Barcelona events 2019 has been helpful and if you need any more information you can check out our other articles about things to do in Barcelona and the music festivals the city is famous for.